The Tined Weeder Pro VS adjusts with its unique tine spring system to the soil and protects the culture plant at the highest level. The tine pressure remains constant at different tine levels. As a result, crops planted on ridges, such as the potato, can also be harrowed. The tine pressure is identical on the ridge crown, ridge flanks and in the furrow.
At its innitial demonstration in rye in June 2018, the VS 600 M1 impressed the visitors.In good conditions, the Tined Weeder Pro could be adapted well to the soil conditions and accordingly the weeding success was clearly visible.

The tines penetrate the soil while harrowing to a maximum depth of 0.8” - 1.2” to break up and crumble the top soil crust. This ensures better soil aeration and the capillarity is interrupted. The main focus of harrowing is to reduce weeds before they reach the two leaf stadium of growth. While the tines move over the soil, growing weeds in germination stage will be covered with soil or pulled out and discarded on top of the soil where they wither and die off. This means that approximately 90% of the weeds are decimated.

Application areas of
VS 600 M1 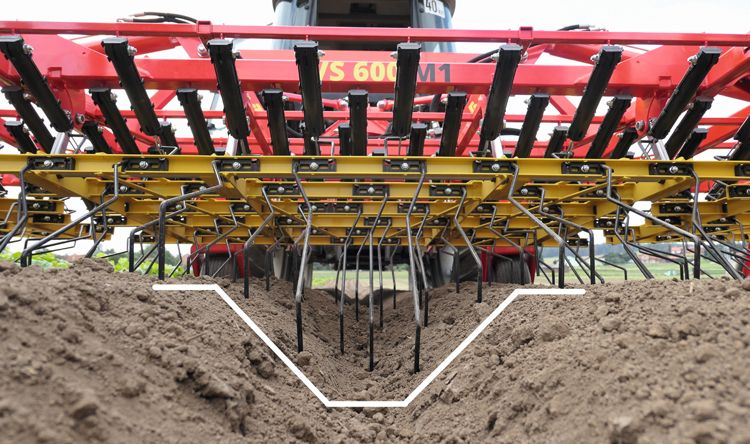 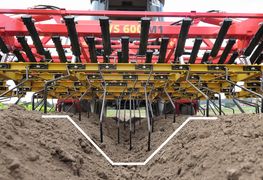 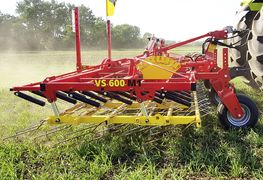 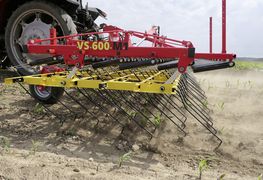 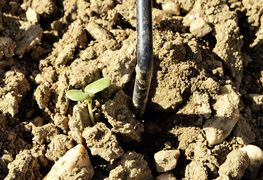 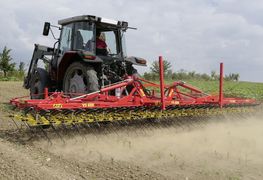 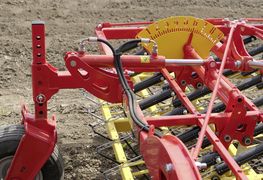 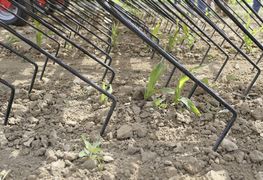 We’d be happy to configure your own special implement.
Superstructures with Pneumatic Seeders PS, 6 mm or 8 mm tines (instead of 7 mm) - lots of varieties possible!
Please contact your APV dealership. 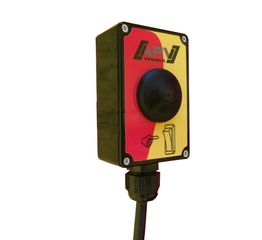 The Tined Weeder Pro
VS 600 M1 in action

A top machine that is a pleasure to work with 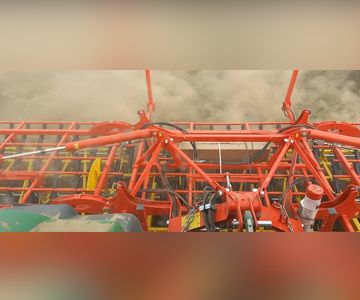